James Clark, Managing Director of On The Level said:

Reading through the DNRC website I felt so proud of everyone on the OTL team, to have been selected to supply our flooring systems for such an important and ground breaking project. Listening to some of the testimonials on the site from the ex-servicemen that this facility will help, we truly can’t imagine the situation they were and are still faced with on the front line. Every single person at On The Level is incredibly proud and humbled to play even a small part in this amazing project

When servicemen and women are injured, by whatever means, it is essential that they receive top quality care and, if possible, are returned to service quickly. The concept for a national facility coming forward on the same site also recognizes that rehabilitation of those who have suffered major injury and are unable to work in civilian life is a major policy area within Government and that the expertise that exists within Defence medicine could be shared for the benefit of the Nation as a whole.

Military rehabilitation was previously undertaken at Headley Court in Surrey which originally opened in 1947 to treat RAF aircrew. Today it provides high grade treatment for all 3 of the armed services and all ranks, dealing with injuries which, in many cases, would have been fatal even a decade ago.

In 2015 Interserve Construction Ltd (ICL) won the main works contract to construct a giant, all-new facility called the DNRC – the Defence and National Rehabilitation Centre. ICL began construction on the Stanford Hall Estate on 24 August 2015, marking the start of a 3 year programme of building work leading to handover to the Ministry of Defence in 2018. At this point the new buildings became the operational site for the Defence Medical Rehabilitation Centre when it relocated from its previous home at Headley Court.

Through a third party Pod Manufacturer partner Metechno, On The Level won the contract to create bespoke modular style floors 24mm thick for the complete pod bases which went into the construction on-site. Metechno were a bespoke offsite solution for the manufacture of bathroom PODs, PUC’s (prefabricated utility cupboards) and washroom wall systems. They worked alongside architects, as well as main and M&E contractors. 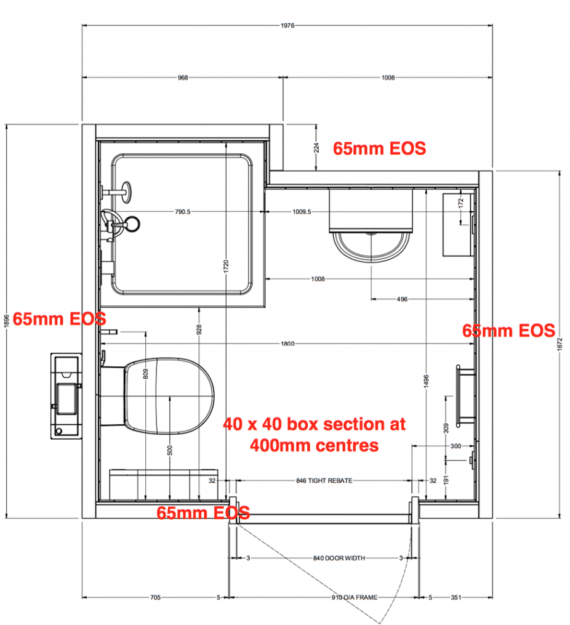 The floor was manufactured in sections to make everything simple and quick for our partner Metechno to install the OTL units into the 40mm box section steels, ready for the wall panel sections to be added onto the OTL floor. 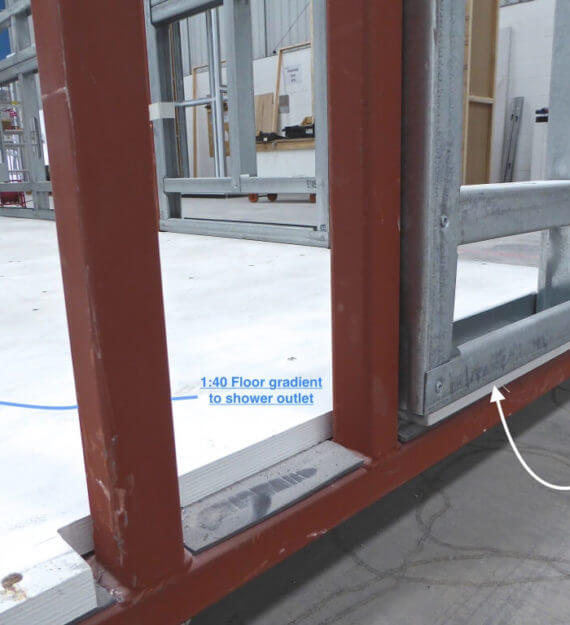 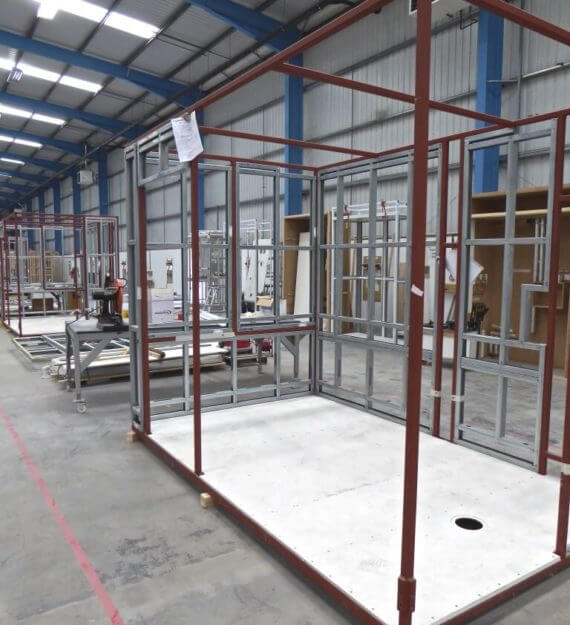 A standard procedure for On The Level is that we create gradients in the floor base to take shower water away quickly and this feature had to be included in all 300 pod bases. In addition, waste outlets had to be located in each case according to the architect’s exact specification.

The OTL floors were then covered in a non-slip vinyl sheet in order to waterproof the floor and provide a suitable surface for all ex-veterans to shower safely. With showering area sizes of around 2000mm x 1200mm, we also provided a larger area for these guys to shower more freely.

We began working with OTL 18 months ago on this project and have since worked alongside the team there on several other bathroom POD projects. We used OTL as opposed to other sub flooring contractors as they not only offered a manufactured floor fall within the board build up, but they also offered all the guidance and support we need and want from a partner.

On this project OTL supplied us with the sub floor plywood build up on all the POD types we were manufacturing, as well as continued support throughout the project with design changes as they happened.

They’re a very friendly and helpful team, and since our first project together we have developed a lifting strategy for the POD’s – On The Level have accommodated the lifting bracket design into their floor system. This has been really helpful, as now the OTL flooring system comes to our factory with notches pre-cut for the lifting strategy we use.